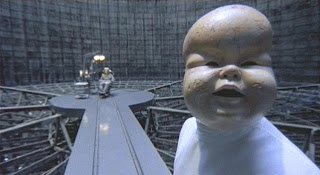 Would you want this sprinkler pipe running over your new datacenter? Yeah, me neither.
at 1:53 PM 0 comments

﻿
Tweet
I'm pretty sure everybody has seen this, but whatever... I stumbled on it today.
It made me happy. 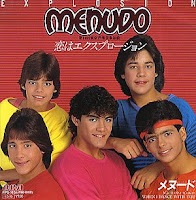 If you've been anywhere near kids 8 or younger in a while you've been exposed to "The Wiggles". I don't know what it is, but kids go nuts for this stuff. Somehow "The Wiggles" have come up with the right combo of colors, music and dancing to mesmerize kids. It's like crystal meth for the toddler set. My 2 year old son wakes up at 6am every day, and he is jonesing for Wiggles. He will straight-up cry, tears and all, if you put anything else on the magic box. He's addicted, but all the cool kids are doing it, so that's OK, right?

So here's the real issue. One of the 4 guys that are "The Wiggles" is sick. Greg Page is the yellow Wiggle and serves as the lead single. His illness sounds pretty crappy. So he has decided to retire from the group, since he really can't do the touring and what not. It's just too much for him with the illness. Good for him, go out gracefully, keep your dignity.

"The Wiggles" decided that rather than end the band, they should replace Greg with another guy. Sam Moran is the guy they selected. He seems OK for the job. He can sing, dance, and (most importantly?) can wear a yellow shirt.

The real question here is can they pull this off? Can they pull a Van Halen style lead singer swap? Will it matter to the kids? If it works, can they repeat this as the other guys decide they no longer wanna play? Can they make this band last indefinitely, by pulling the Menudo style member replacement indefinitely.

I think they can.

Here in the US, the new episodes with Sam Moran just started airing. My 5 year old daughter immediately noticed the change and started asking questions. My 2 year old son, the addicted one (their target audience?) may have noticed, but he accepted the change with no problem at all.
at 9:24 AM 0 comments

We are doing major mods in our development data center. Of course we are keeping all the critcal services up. This beast has been a god-send. It cleans all the air in the room in 8 minutes. We just started work yesterday, and it has already saved tons of dust and stuff getting into our systems. Not a simple hook-up though. Requires 30A @ 230V. Doesn't come with a plug. It has to be hard wired.
at 2:08 PM 0 comments

Extended trust on the Internet

﻿
Tweet
This is a follow on to a piece written by Amy Senger over at 1h57.com.
As Amy explored, trust is central to success in the collaborative environment. She makes the point that on the internet we don't get to look folks in the eye, hear the inflection in their voice or gauge their mannerisms. We have to base our trust on what they "say" and what they do. We examine, as best we can, what they have done in the past. And we are cautious to not get burned.

That is a start, but is that really good enough to establish real trust though? I think we intuitively and automatically create, for ourselves, 'chains of trust'. I trust Steve, Steve trusts Amy, I therefore am more likely to trust Amy. It’s why we think we should dates friends of friends in lieu or strangers. We prefer our chain of trust to blind luck.

Note that when I say trust, I mean that I trust that what Steve says and does are done in good faith. That he is truthful. And by extension, that Amy will be truthful. I don't necessarily trust Steve’s fashion sense or taste in music, but I do trust that he is being truthful about his thoughts and opinions.

We should also examine the difference between trust and security. Trust can be very powerful and can help use succeed, but it is no replacement for security. Trust can be broken and lost in an instant. Security, real security, doesn’t suffer the same failings as trust. But poorly implemented, it will stunt creativity and destroy collaboration.
at 10:29 AM 0 comments